Welcome, new short fiction: The Chicago Tribune on PLEASE COME BACK TO ME: "Like most of the women in the collection, Elizabeth is a beautifully realized character, made real by the compilation of the right detail at precisely the right moment. The stories in Treadway’s second collection are memorable, affecting tales of modern domestic life."

More notice in the Boston Globe, Albany Times-Union and The Rumpus.

ForeWord Reviews notes: "Grover knows how to end a story--and manages to achieve both circularity and closure in each in every one. This is an impressive feat in and of itself, but for a collection of linked stories like THE DANCE BOOTS, which twist and tie and loop back on one another, the achievement is even more remarkable." 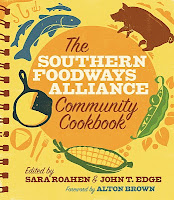 SOUTHERN FOODWAYS ALLIANCE COMMUNITY COOKBOOK in the Houston Chronicle: "The cookbook, which will be published in October, may look plain: it's unfussily spiral bound in the best tradition of community cookbooks; it has no photos. But it brims with lip-smacking life. Anyone who ever hungered for definitive recipes for Collard Greens with Ham Hock Broth, Mississippi Hot Tamales or Persimmon Pudding will appreciate the care that editors Sarah Roahen and John T. Edge and the Southern Foodways Alliance members put into this, the SFA's first published collection of recipes."

CROSSROADS OF CONFLICT, a guide to Civil War sites in Georgia, now available in time for the 150th anniversary of the conflict. Review in the Atlanta Journal-Constitution and notice of author signings in Rome, Cedartown and Dalton.

HERE BE MONSTERS by Colin Cheney an Oxford American editors' book pick: "Few writers can traverse such extensive territory as beautifully and seamlessly as he does in this debut collection."

CHARLOTTE NC: THE GLOBAL EVOLUTION OF A NEW SOUTH CITY featured in Ron Stodghill's column in the Charlotte Observer.

CHOICE Reviews for Academic Libraries recommends THE ART OF MANAGING LONGLEAF ("gives readers new eyes with which to see the ecological impacts of human actions"), MARCHING IN STEP ("A must read for any student of the modern South or civil-military relations"), TRANSFORMING SCRIPTURES, THE CULTURE OF PROPERTY, REBECCA HARDING DAVIS'S STORIES OF THE CIVIL WAR ERA and LEGBA'S CROSSING( "A welcome addition to the project of reinserting Africa into black diaspora writing in the Caribbean and the US.")
Posted by ddesjard@ugapress.uga.edu at 9/23/2010 02:48:00 PM

Short Takes: Could Be Unstoppable

Natasha Trethewey's BEYOND KATRINA reviewed on NPR's All Things Considered by W. Ralph Eubanks: "What makes Beyond Katrina stand out in the crowded landscape of post-Katrina literature is the raw, personal nature of the story Trethewey tells, as well as the poetic language she uses to tell the tale."

The book was featured this week on PBS NewsHour's Art Beat. An op-ed by Trethewey appeared in the New York Times in conjunction with the fifth anniversary of Hurricane Katrina's landfall on August 29; CNN.com flagged Trethewey as one of Monday's most intriguing people. Other coverage: NPR's Fresh Air, Atlanta Magazine, AJC, WXIA 11 Alive Atlanta, Mobile Press-Register, Jackson Clarion Ledger, Books and Culture.

The final issue of The New Leader includes an in-depth review of Clive Webb's RABBLE ROUSERS by Stephen J. Whitfield: "Webb proceeds with a historian’s invaluable insight that the past should be evoked as though the ending is still uncertain. The reader knows the racist mischief-makers were losers. They themselves did not, nor did the authoritative cohort of their day called 'seasoned observers.' Armed with research in primary sources that is both broad and deep, Rabble Rousers is admirable in its detachment and empathy while telling a stirring tale."

The Eater's Fall cookbook preview features THE SOUTHERN FOODWAYS ALLIANCE COMMUNITY COOKBOOK: "By sourcing recipes from spiral-bound community cookbooks and then testing and adapting them for modern kitchens, this collection of recipes has the potential to become the standard reference on the topic. Add to that the research power of the Southern Foodways Alliance and its director John T. Edge, and this book could be unstoppable." 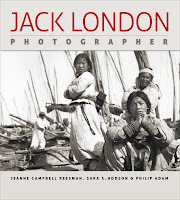 JACK LONDON, PHOTOGRAPHER in San Francisco Magazine: "Paired with helpful commentary about London’s life, the 200-plus photos in this book provide fresh insights into an American literary hero."

Booklist on THE DANCE BOOTS: "Grover's collection, for which she won the Flannery O'Connor Award for Short Fiction, is simply mesmerizing."

Several press titles reviewed in the most recent Journal of Southern History, including MAKING CATFISH BAIT OUT OF GOVERNMENT BOYS: "Claire Strom's insightful and nuanced examination...not only provides the definitive history of the cattle tick in the South but also offers a new perspective on the political history of early-twentieth-century yeoman farmers in the region."

The September issue of CHOICE praises several press books, including REBECCA HARDING DAVIS'S STORIES OF THE CIVIL WAR ERA ("reveals the stark complexities of a nation divided, and rightfully situates Davis's work as a necessary, vital commentary on 19th-century American life and letters"), MARCHING IN STEP ("In spite of being a recent Citadel graduate, Macaulay presents a remarkably objective look at this uniquely isolationist collegiate culture...A must read for any student of the modern South or civil-military relations"), and LEGBA'S CROSSING ("a welcome addition to the project of reinserting Africa into black diaspora writing in the Caribbean and the US.")
Posted by ddesjard@ugapress.uga.edu at 9/02/2010 03:02:00 PM