The Cave Canem Foundation has just been awarded a three-year Lannan Foundation literary grant for $150,000. Cave Canem is an organization that supports African American poets, especially emerging poets. Founded by Toi Derricotte and Cornelius Eady, they recently celebrated their ten-year anniversary, an 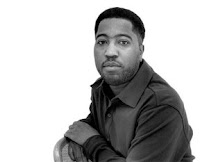 d they have been an exciting force in the American poetry scene.

ERING. We are also pleased to be publishing Kyle Dargan's second book of poems, BOUQUET OF HUNGERS, this fall, though not in direct association with Cave Canem.

Earlier this month we published THE RINGING EAR: BLACK POETS LEAN SOUTH, an anthology of southern Cave Canem poetry edited by Nikky Finney. Voices new to the scene appear alongside some of the leading names in American literature today, including Sonia Sanchez, Yu 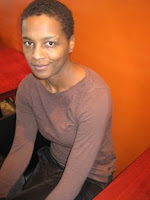 sef Komunyakaa, Harryette Mullen, Nikki Giovanni, Kevin Young, and Al Young. The southern worlds opened up by these poets are echoed in how their poems are grouped, under headings like "Music, Food, and Work: Heeding the Lamentation and Roar of Things Made by Hand," or "Religion and Nature: The Lord Looks Out for Babies and Fools," or "Love, Flesh, and Family: The Hush and Holler Portraits." In a review in the March/April issue of The Bloomsbury Review, Ray Gonzalez says, "By writing about a region with its rich h

istory and racial contradictions, these poets advance the impact of their poetry beyond historical and cultural boundaries. This is a timely, vital collection that insists the uses of poetry must be redefined and examined through the work of some of our best poets." 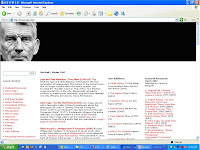 Fans of all things avant-garde can find a wealth of free articles, poems, movies, interviews, sound clips, and more at UbuWeb. Hear Henry Miller read from Black Spring. Listen to a survey of 40 years of experimental Polish radio from Studio Warsaw. Explore the music of John Cage. It's a sprawling, open-access YouTube for intellectuals.

Featured on UbuWeb is an audio compliment to Paul Morley's WORDS AND MUSIC: A HISTORY OF POP IN THE SHAPE OF A CITY by DJ Food. DJ Food's project started out as an attempt to document the history of cut-up music in a radio show. When he realized the close affinities his project had with Morley's book, he decided to take the project many steps farther and convinced Morley to collaborate with him. The result is Raiding the 20th Century. It's a large audio file, but well worth the wait to download.

Morley is a f

ormer member of the influential music collective Art of Noise and a music and cultural critic. Think of WORDS AND MUSIC as Morley's guidebook for a tour through the history of popular music. You'll find Brian Eno, Wittgenstein, Ornette Coleman, and Alvin Lucier there. You'll also find Madonna, Kylie Minogue, Kraftwerk, and the ghost of Elvis Presley.

Creative license goes by a lot of names; "higher cribbing" is what Thomas Mann reportedly called it. A satirical Harper’s Magazine article by Jonathan Lethem, “The Ecstasy of Influence: A Plagiarism,” is itself a model of higher cribbing, wherein Lethem combines passages written by others into a larger piece that comments brilliantly on the artistic process. Historically, artists have used allusion, appropriation, and transformation to influence their work. Musicologist Joanna Demers examines the clash of traditions and laws in contemporary music 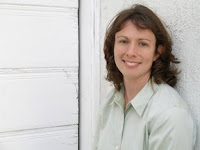 lawsuits in her book STEAL THIS MUSIC: HOW INTELLECTUAL PROPERTY LAW AFFECTS MUSICAL CREATIVITY. She entertainingly navigates the history of copyright law, intellectual property litigation, and their effect on musicians' work.

Lethem's article (be sure to see Open Source's links to Lethem's muses) borrows this phrase from Demers’ book: “Musicians have gained the power to duplicate sounds literally rather than simply approximate them through allusion.” The point both the article and the book emphasize is the important difference between “transformative appropriation,” as Demers calls it, and copying. In his review of STEAL THIS MUSIC in PopMatters, Vincent Carducci notes, “Indeed, Demers’ book serves one of its most useful functions by reminding readers that the Romantic conception of authorship, which includes composers, artists and other creative types, is exactly that:

Demers helps us to see that as technology changes, so must the laws that govern how information and art can be distributed. Copyright laws, once intended to protect the creator for a short period of time, are now often applied in ways that stifle and chill creativity. Lawsuits can even determine who owns a specific sound. The Island Records and Warner-Chappell case against Negativland, for sampling U2’s “I Still Haven’t Found What I’m Looking For,” is one of many examples Demers offers of heavyhanded litigation.
Demers uses case studies like DJ Danger Mouse, now of Gnarls Barkley, whose Grey Album sampled from the Beatle’s White Album and Jay-Z’s Black Album, to show how the application of copyright can affect creative work. She represents the many sides of the debate, focusing on how all parties can benefit creatively and economically from allusion and appropriation. STEAL THIS MUSIC gives a clear picture of intellectual property laws as it explains the sometimes creatively stimulating consequences of their circumvention.
Research and writing: Sarah Sapinski

Recent interviews:
Calvin Johnson, author of EXIT TO FREEDOM. Johnson appeared on NPR shortly after the Dallas, Texas, district attorney's office announced that it would work with the Innocence Project to review hundreds of cases from the past thirty years. Johnson's interview focuses on falsely-accused prisoners adjusting to life after their exoneration and release from prison.
Sue William Silverman author of BECAUSE I REMEMBER TERROR, FATHER, I REMEMBER YOU, on the Psych Journey Audio Book Club. Silverman is also interviewed on Psych Journey about her book Love Sick. Read more about Sue William Silverman at her web site.

Recent awards:
STEAL THIS MUSIC and CULTURAL THEORY AND POPULAR CULTURE: AN INTRODUCTION, 4th ed. have won 2006 Ray and Pat Browne Awards, given by the Popular Culture Association. STEAL THIS MUSIC has won in the "Focused Study" category and CULTURAL THEORY AND POPULAR CULTURE has won in the "Popular Culture Introductory Textbook/Primer" category.
INTEGRATING THE 40 ACRES has won the 2006 Coral Horton Tullis Memorial Prize, given by the Texas State Historical Association.

Recent reviews:
JOURNEY TOWARD JUSTICE in The Feminist Review
A DROWNING MAN IS NEVER TALL ENOUGH, one of the four books in Patrick Lawler's multivolume Quintesence project, in the litblog The Brother Swimming Beneath Me
GEORGIA QUILTS on Savannah Now
ART OF THE CHEROKEE in the newsletter of the Cherokee National Historical Society ("Offers a wealth of information . . . I highly recommend picking up a copy if you have interest in Cherokee history, culture, or art.")
BEYOND ATLANTA in H-Law
DEPTH THEOLOGY in the litblog Isola di Rifiuti
JOHN BURROUGHS AND THE PLACE OF NATURE, CREATING THE CULTURE OF REFORM IN ANTEBELLUM AMERICA, WRITING REVOLUTION, MULATTAS AND MESTIZAS, and CONVERGING STORIES in American Literature

We get blogged:
Mention of YOU ALL SPOKEN HERE in an article by word maven Barry Popik on the origin and meaning of the phrase " . . . as a peach orchard boar"
Quote from AS EVE SAID TO THE SERPENT in an essay about sense of place in Working Artist
Recommendation of THE FLEXIBLE LYRIC in the litblog Sonnets at 4 a.m.