Miley, Toya and the University of Georgia Press

The Miley Cyrus movie The Last Song opens Wednesday, and we're dying to know if we're in it.

Filmed in and around Savannah, shooting for the movie included a scene where Cyrus's character buys a copy of TURTLES OF THE SOUTHEAST, but none of us were invited to the premiere last night, so we don't know if the book made the final cut. 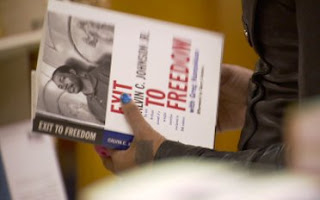 If you don't want to sit through young love on the beach to see books on screen, catch season 2 of BET's reality show Tiny & Toya, which premieres April 13. Sometime this season, Toya visits Atlanta's Shrine of the Black Madonna bookstore and discovers Calvin C. Johnson, Jr.'s EXIT TO FREEDOM.

If you prefer your university press books in a more expository context, seek out the forthcoming BBC documentary "Deep South," which will feature several of our editions of works by Erskine Caldwell, including TOBACCO ROAD and JOURNEYMAN.
Posted by ddesjard@ugapress.uga.edu at 3/26/2010 10:51:00 AM

LeeAnn Lands on WABE discussing how Atlanta's suburbs came to be, looking the way they do -- the subject of her recent book THE CULTURE OF PROPERTY.

RISING CHINA praised in the Naval War College Review, excerpted here: "This book connects China’s past, present, and future and places them in a larger, evolving context. Horner’s work is nothing short of a tour de force of world intellectual history as projected and contested on the canvas that is China."

CORNBREAD NATION 5 in the Winston-Salem Journal.

THE ART OF MANAGING LONGLEAF in the Lakeland Ledger.

Theda Perdue's RACE AND THE ATLANTA COTTON STATES EXPOSITION OF 1895 in the AJC. Perdue will be speaking and signing books at Dog Ear Books in Madison, GA this Saturday (3/27) at 1 pm.

Now available: New poetry titles
A WREATH OF DOWN AND DROPS OF BLOOD
Allen Braden

Poems with deep connections to the rural West, from a poet who grew up on a family farm and cattle ranch.

IN THE WORLD HE CREATED ACCORDING TO HIS WILL
David Caplan

Poems that investigate -- beautifully -- questions of statehood and Jewish identity, including a sequence set in Jerusalem.

Selected by David Wojahn as winner of the National Poetry Series

"Nature is a serious character in Here Be Monsters, and these highly textured poems show us that disparate elements live side by side."
--Yusef Komunyakaa
Posted by ddesjard@ugapress.uga.edu at 3/25/2010 02:38:00 PM

Lori Ostlund's short story "All Boy" (which appears in THE BIGNESS OF THE WORLD, and was originally published in the New England Review) has been selected by Richard Russo for Best American Short Stories 2010.

Interested in following news about the Flannery O'Connor Short Fiction Award? Check out our new Facebook fan page for the Flannerys, which will include updates about this year's competition (which opens for submissions April 1) as well as news on winning books and authors both past and present. (If you haven't yet visited the University of Georgia Press fan page, check that out too.)

The Cave Canem Poetry Prize opens for submissions March 15; Elizabeth Alexander is this year's judge, and the winning manuscript will be published by the University of Georgia Press in 2011. The prize honors an exceptional first book by an African American poet.

Oxford American's new Southern Food issue is now available, guest edited by John T. Edge, director of the Southern Foodways Alliance (and co-editor of the SOUTHERN FOODWAYS ALLIANCE COMMUNITY COOKBOOK, due out this fall). In their online companion to the issue, OxAm called out CORNBREAD NATION 5 as one of the new food-themed books they love.

The Savannah Herald covers the upcoming launch event for AFRICAN AMERICAN LIFE IN THE GEORGIA LOWCOUNTRY.

THE MANSION OF HAPPINESS by Robin Ekiss is a finalist for the Northern California Book Award for poetry, along with new books by Kim Addonizio, Brenda Hillman, D.A. Powell, and Joseph Stroud. Winners will be announced April 18.

The Alabama Review calls DIXIE EMPORIUM a "tour de force," noting "The essays are uniformly original and often surprising. The result is a book brimming with insights on the ways people have imagined and invented southern identities."

Now available -- new in paperback:
CLOSER TO TRUTH THAN ANY FACT
Jennifer Jensen Wallach
"Wallach's lucidly written essay offers much food for thought, both for scholars of history and life writing and for general readers trying to recapture the flavor of the past." —Journal of Interdisciplinary History

"Closer to the Truth Than Any Fact is a quietly but uncommonly ambitious work . . . . I look forward to periodically rereading it and wrestling with its conclusions."—Journal of American History

A FAMILIAR STRANGENESS
Stuart Burrows
Burrows analyzes the effect of the rapidly evolving technology of photography on American fiction, including Hawthorne, Henry James, Faulkner, and Hurston, challenging the notion of a clear break between realist and modernist traditions hinging on a differing relation to the camera.
Posted by ddesjard@ugapress.uga.edu at 3/11/2010 02:52:00 PM 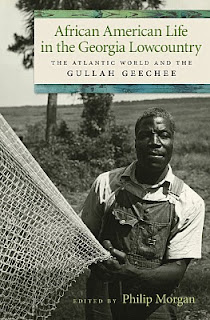 Noted historian Emory Campbell, whose essay “A Sense of Self and Place: Unmasking My Gullah Cultural Heritage” is the final chapter in the book, will give a short talk, followed by a brief Q & A Panel featuring Campbell and other experts on the history of coastal Georgia’s African American communities. The event, which is free and open to the public, begins at 7:00 pm and is co-sponsored by the Ossabaw Island Education Alliance and the Georgia Historical Society.

Campbell, a native of Hilton Head Island, was for many years the director of Penn Center, an important institution in the preservation of Sea Islands culture. He currently serves as chair of the commission tasked by the National Park Service with planning for the newly designated Gullah/Geechee Cultural Heritage Corridor, which will help unite historic Gullah/Geechee sites along the coast (from Wilmington, NC to Jacksonville, FL) into a "cohesive, nationally important landscape."

Like the cultural heritage corridor, the book and its eleven collected essays are part of a broad effort to more fully relate the history of African Americans along the Atlantic coast. Part of the press's Race in the Atlantic World series, the book puts the Gullah Geechee story in the context of African identity formation and struggles over emancipation and its aftermath across the Atlantic world.
Posted by ddesjard@ugapress.uga.edu at 3/11/2010 12:01:00 PM

In depth discussion of GLASS CEILINGS AND 100-HOUR COUPLES on The Glass Hammer.

The new Journal of Interdisciplinary History reviews Scott Stephan's REDEEMING THE SOUTHERN FAMILY: "Stephan has produced a thoughtful, informative examination of a group of southern wives and mothers who yearned to lead lives free of sin and to ensure, albeit with mixed results, that their husbands and children did the same."

The Advocate, out of CUNY's Graduate Center, features a thoughtful review of Joshua Poteat's ILLUSTRATING THE MACHINE THAT MAKES THE WORLD.

New novel, From Away, by David Carkeet (CAMPUS SEXPOT) is the result in part of a raffle in which the winner got to be a character in David Carkeet's next novel.

Campus readers: enjoyed the Willson Center lecture on Franco-Mexican painter Jean Charlot, who created murals for the Fine Arts Building and the Journalism Building? Check out CHARLOT MURALS IN GEORGIA, with an introduction by Lamar Dodd, photographs by Eugene Payor and commentaries by the man himself, Jean Charlot. Published by the press in 1945, the book is out of print but available for viewing in all its 1940s typographic glory on the Charlot Foundation website.

Congratulations to press designers Mindy Basinger Hill and Erin Kirk New, who won a total of four design awards from the Association of American University Presses annual Book, Jacket and Journal show competition. ILLUSTRATING THE MACHINE THAT MAKES THE WORLD, GHOSTBREAD, THE BIGNESS OF THE WORLD, and THE MANSION OF HAPPINESS were each recognized for excellence in design.

Between 170 and 200 people came out for last weekend's talk and signing by Leon Neel for THE ART OF MANAGING LONGLEAF. Co-authors Albert Way and Paul Sutter spoke about the book as well. Many thanks to the Jones Ecological Research Center and the Thomas County Historical Society for coordinating this wildly successful launch!

Now available:
BEGGING AS A PATH TO PROGRESS
Kate Swanson
This study, the second title in our new Geographies of Justice and Social Transformation series, is based on extensive fieldwork in Ecuador following the construction of a new road connecting a small Andean town with the city. Swanson's book makes compelling, nuanced arguments about the consequences of this social-spatial shift, including surprising discoveries about educational opportunities for children linked to the income from begging.
Posted by ddesjard@ugapress.uga.edu at 3/04/2010 12:40:00 PM 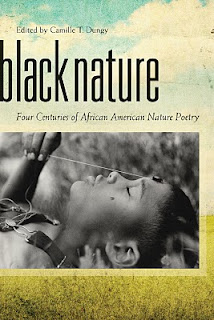 Three fantastic events in the coming weeks in Berkeley, DC, and Manhattan will explore the themes of BLACK NATURE with readings and discussions by distinguished contributors. A panel will also feature the book at the Associated Writers and Writing Programs annual conference in Denver.

March is Women’s History Month, and we’re celebrating with a variety of events, a great new release, and a special online sale on select women’s history titles.

On Saturday, March 6, author Dyana Furmansky will speak on the life of the indomitable conservationist ROSALIE EDGE in an event at the American Mountaineering Club in Golden, Colorado jointly sponsored by area environmental and women’s groups.

Can’t make it to Colorado? Check out Furmansky’s blog posts on Edge at Audubon magazine or Audubon’s recent review of the book.

Editors Elizabeth Payne and Martha Swain will be speaking on the new volume of MISSISSIPPI WOMEN at several sites across Mississippi. On March 8, they will be at Pontotoc County Library in Pontotoc; on March 25, they'll give a lunchtime talk at Reed's Gum Tree Books in Tupelo.

Editor Janet Allured and several contributors to LOUISIANA WOMEN are also active this month, participating in a dinner and discussion March 23 at Loyola University New Orleans hosted by the Women's Resource Center. 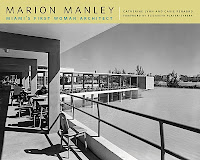 Finally, the press is pleased to release a new title in women's history this month: MARION MANLEY: MIAMI'S FIRST WOMAN ARCHITECT, a well-illustrated volume that explores the life of a remarkable woman as well as her noteworthy contributions to the south Florida built environment. Authors Catherine Lynn and Carie Penabad will launch the book with an exhibit opening and lecture at the University of Miami School of Architecture on March 31, followed by a talk and signing at Books & Books in Coral Gables on April 2.
Posted by ddesjard@ugapress.uga.edu at 3/01/2010 02:40:00 PM