Listen to Mark Auslander, author of THE ACCIDENTAL SLAVEOWNER, on WBUR's "World of Ideas."

The Daily Progress recaps David L. Holmes' talk about THE FAITHS OF THE POSTWAR PRESIDENTS at the Virginia Festival of Books.

SPACES OF LAW IN AMERICAN FOREIGN RELATIONS, by author Daniel Margolies, receives a review from the American Historical Review: "This book's analysis on legal spatiality and territoriality and its explanation on how to conceptualize extradition in terms of foreign policy, governance and borderlands are significant contributions to the history of American Foreign relations and to U.S. legal history."

A recent review in Studies in Ethnicity and Nationalism describes Amy Mill's STREETS OF MEMORY as "a riveting read, providing the reader with rich ethnographic data and analysis of the consequences of nationalist policies as experienced by individuals and communities."

The American Historical Review also wrote, reviewing Clive Webb's RABBLE ROUSERS, that "it is difficult to read these racist, fascist, and antisemetic claims and not come away with a deep sense of disgust and revulsion, combined with renewed appreciation for the courage and conviction of those who opposed them."

Catharine Randall's book FROM A FAR COUNTRY is called "a well-written and compelling study of the Huguenot influence in colonial America" by the Sixteenth Century Journal.

William Bush's WHO GETS A CHILDHOOD? has been called "an immensely informative account of the complexities of reform and repression within the training schools of a state known for its tough penal culture" in another review released recently by the American Historical Review.

In a recent copy of ISLE Journal, Laura Wright is praised for her work in WILDERNESS INTO CIVILIZED SPACE: "Wright's refusal to accept singular perspectives, both theoretical and analytic, reveals a desire to venerate the interconnectedness of peoples, species, and ecosystems."
Posted by ddesjard@ugapress.uga.edu at 3/30/2012 11:54:00 AM 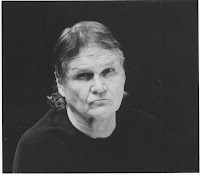 In the News: Stories Wanting Only to Be Heard

Flagpole Magazine compares the publication of STORIES WANTING ONLY TO BE HEARD to "Christmas in March." It is "a veritable textbook for aspiring writers and a joy for readers. . . . Corey et al. have done a spectacular job of picking through the treasure trove of material from the vast archives of The Georgia Review. It’s an enviable job, and one done very well. For those who have given up on fiction, this anthology will bring you back into the fold."
Posted by ddesjard@ugapress.uga.edu at 3/28/2012 05:27:00 PM

Email ThisBlogThis!Share to TwitterShare to FacebookShare to Pinterest
Labels: Events, In the News, Interviews, Reviews, Stephen Corey, Stories Wanting Only to Be Heard

Don't forget to check out some of our women's studies books to help commemorate Women's History Month!

A MESS OF GREENS: SOUTHERN GENDER AND SOUTHERN FOOD
By Elizabeth S.D. Engelhardt

PHILLIS WHEATLEY: BIOGRAPHY OF GENIUS IN BONDAGE
By Vincent Carretta

MAKING WAR, MAKING WOMEN: FEMININITY AND DUTY ON THE AMERICAN HOME FRONT, 1941-1945
By Melissa A. McEuen

GLASS CEILINGS AND 100-HOUR COUPLES: WHAT THE OPT-OUT PHENOMENON CAN TEACH US ABOUT WORK AND FAMILY
By Karine Moe and Dianna Shandy

SLEEPING WITH ONE EYE OPEN: WOMEN WRITERS AND THE ART OF SURVIVAL
Edited by Marilyn Kallet and Judith Ortiz Cofer

The controversial historical figure Frank Dawson is at the center of Susan Millar Williams and Stephen G. Hoffius' UPHEAVAL IN CHARLESTON. On March 19th, Roxana Robinson, Dawson's great-granddaughter, will join the authors for a public discussion at the College of Charleston's Addlestone Library. The Post and Courier features an article about the event and Dawson. It also contains a Q&A with Robinson.

Back in January, Anne Emanuel, author of ELBERT PARR TUTTLE, appeared on WXXI's "1370 Connection." Listen to the interview here.

The Times Literary Supplement calls Vincent Carretta's PHILLIS WHEATLEY a "wellresearched narrative [that] succeeds in bringing the 'genius in bondage' out of history's shadows."

Kathryn Newfont, author of BLUE RIDGE COMMONS, appeared on WUNC's "The State of Things" on March 15th. Listen to the episode here.

According to Vietnam magazine, "THE INVENTION OF ECOCIDE is a rewarding, well-reasoned scholarly work that provides a thorough examination of the first great ideological battle between nascent environmentalism and cold war dogmatism."

In Athens, GA next Wednesday (3/28)? Stop by Cine and check out the launch event party for STORIES WANTING ONLY TO BE HEARD. The event will start at 7pm and feature readings by Mary Hood and George Singleton. A book signing and reception will follow the readings.

DOING RECENT HISTORY, edited by Claire Bond Potter and Renee C. Romano, is the definitive guide to the practice of recent history. It explores the challenges of writing histories of recent events where visibility is inherently imperfect, hindsight and perspective are lacking, and historiography is underdeveloped.

SINCE 1970 focuses on U.S. history since the 1970s, with a particular emphasis on books that either connect that decade to a longer trajectory or focus entirely on the last quarter of the twentieth century.

In the video below, Renee Romano discusses the challenges of studying recent history. She explains that the very issues that make recent history challenging can also lead to exciting possibilities. DOING RECENT HISTORY will be available in April.

Email ThisBlogThis!Share to TwitterShare to FacebookShare to Pinterest
Labels: Interviews, Podcast, Since 1970, Video

Interview with Michele Reid-Vazquez about her book, The Year of the Lash

THE YEAR OF THE LASH reveals the untold story of the strategies of negotiation used by free blacks in the aftermath of the “Year of the Lash”—a wave of repression in Cuba during the mid-1800s that had great implications for the Atlantic World for two decades. Drawing on archival material from Cuba, Mexico, Spain, and the United States, Michele Reid-Vazquez provides a critical window into understanding how free people of color challenged colonial policies of terror and pursued justice on their own terms using formal and extralegal methods.

The Early American Places (EAP) series focuses on historical developments in specific places of North America. Though these developments often involved far-flung parts of the world, they were experienced in particular communities—the local places where people lived, worked, and made sense of their changing worlds. By restricting its focus to smaller geographic scales, but stressing that towns, colonies, and regions were part of much larger networks, EAP will combine up-to-date scholarly sophistication with an emphasis on local particularities and trajectories.

This is the second video featuring an EAP author. In each video, the author is asked three questions:
1) Why did you focus your research on this particular place/area/region?
2) Please tell us a little more about your book.
3) Is your study specific to your area or is it applicable to other places/area/regions?

Did you miss Dyana Z. Furmansky on C-SPAN Book Talk this past Sunday? She spoke about her book, ROSALIE EDGE, HAWK OF MERCY, on the environment panel at the 2012 Tucson Festival of Books. You can watch the panel here.

George Derek Musgrove and his new book, RUMOR, REPRESSION, AND RACIAL POLITICS, are mentioned in Shane Goldmacher's National Journal article on ethics cases that have been brought against African American lawmakers.

Gotham Writers' Workshop features an excerpt from Robin Hemley's A FIELD GUIDE FOR IMMERSION WRITING in the newest issue of the Writers' Bookshelf newsletter.

Poetry International reviewes Anna Journey's collection of poems, IF BIRDS GATHER YOUR HAIR FOR NESTING, saying that "[t]o read even the table of contents of this audacious first book is to fall. . .hopelessly in love."

WOMEN, GENDER, AND TERRORISM receives its first review this week from the Midwest Book Review: "Women, Gender, and Terrorism discusses the role of women and gender in the twenty first century, offering a unique view of the endeavor and what it speaks of in societies which may still strongly oppress women. . . .[it] is a strong addition to any collection focusing on women's studies or social issues in general."

Diane Mutti Burke continues to garner praise with a review in Kansas History calling ON SLAVERY'S BORDER "an outstanding work deserving of a wide audience."

Elizabeth S.D. Engelhardt's A MESS OF GREENS also earns its first review from the Midwest Book Review, which said that it "provides students of American regional culinary tradition in general and Southern cooking in particular with a fine examination of Southern gender and Southern food."

A review in the International Journal of Islamic Architecture praises Amy Mills' STREETS OF MEMORY: "[A]rchitects and scholars will benefit tremendously from Streets of Memory in understanding how urban space and residents are interconnected, how the urban environment is constantly reproduced by the cultural practice of residents, and how urban space in return shapes the resident's memories."

Choice reviews Julie Buckner Armstrong's MARY TURNER AND THE MEMORY OF LYNCHING, calling it "the only study to systematically examine how a lynched black female has been remembered." Giving the book Choice's "Essential" rating, they said that the "book deserves a wide audience."

According to a review in Safundi, Laura Wright's "WILDERNESS INTO CIVILIZED SHAPES offers elegant readings of a diverse range of texts as the bedrock from which it is able to articulate significant complications and paradigm shifts to the field of ecocritical inquiry."
Posted by ddesjard@ugapress.uga.edu at 3/13/2012 11:31:00 AM

To former U.S. Ambassador in Rwanda Robert E. Gribbin, Marc Sommers' new book, STUCK, "is an unusual and hauntingly sad book. It is a solidly researched sociological study of what youth in today's Rwanda see as their prospects."

The STUCK launch event was held at the Woodrow Wilson International Center for Scholars on February 28th. The Center recorded Marc Sommers and four panelists as they discuss his book. The video is available here.

For reviewer Kirsten Fermaglich, of the Journal of American Ethnic History, "Bernstein's strong book [SCREENING A LYNCHING]. . . .is a valuable addition to a growing body of work on the Phagan-Frank case and its impact on American Culture."

Listen here for an interview with Karen Kruse Thomas, author of DELUXE JIM CROW, on WYPR's "Midday with Dan Rodricks."

The Journal of American History includes an article praising Brian Norman for his book NEO-SEGREGATION NARRATIVES: "Norman's reorienting anatomy of his chosen texts and his energetic defense of his conceptual and methodological underpinnings gives this study a rich blend of poise and provocation that has staying power." They also included reviews calling Melissa A McEuen's MAKING WAR, MAKING WOMEN a "well-written, compelling book" and Charles Reagan Wilson's FLASHES OF A SOUTHERN SPIRIT "revealing and risky."

In a recent Explore Magazine, the research magazine of Boise State University, Greg Hampikian, co-author of EXIT TO FREEDOM, is praised for his research on DNA Forensics.


According to the Journal of Historical Geography, in COMPANY TOWNS IN THE AMERICAS "[w]e are. . .left with vivid, well-researched portraits of the social relations embedded within a wide variety of company towns across the Americas."
Posted by ddesjard@ugapress.uga.edu at 3/01/2012 03:42:00 PM