The latest Flannery O'Connor Award for Short Fiction winners, Karin Lin-Greenberg's FAULTY PREDICTIONS and Monica McFawn's BRIGHT SHARDS OF SOMEPLACE ELSE receive positive reviews in the September 1 and 15 issues (respectively) of Booklist. FAULTY PREDICTIONS is "luminous" and "masterful," and the stories in BRIGHT SHARDS OF SOMEPLACE ELSE "shine."

In her guest column for the Saporta Report, Laura McCarty, vice president of the Georgia Humanities Council, discusses Glenn T. Eskew's recent book, JOHNNY MERCER. JOHNNY MERCER "explores the life and global legacy of Mercer—one of the most prolific, successful, and popular songwriters of the 20th century."

In the September/October 2014 issue of Poets & Writers, the first line of Sarah Gorham's STUDY IN PERFECT is included in the Page One round-up of new and noteworthy books. 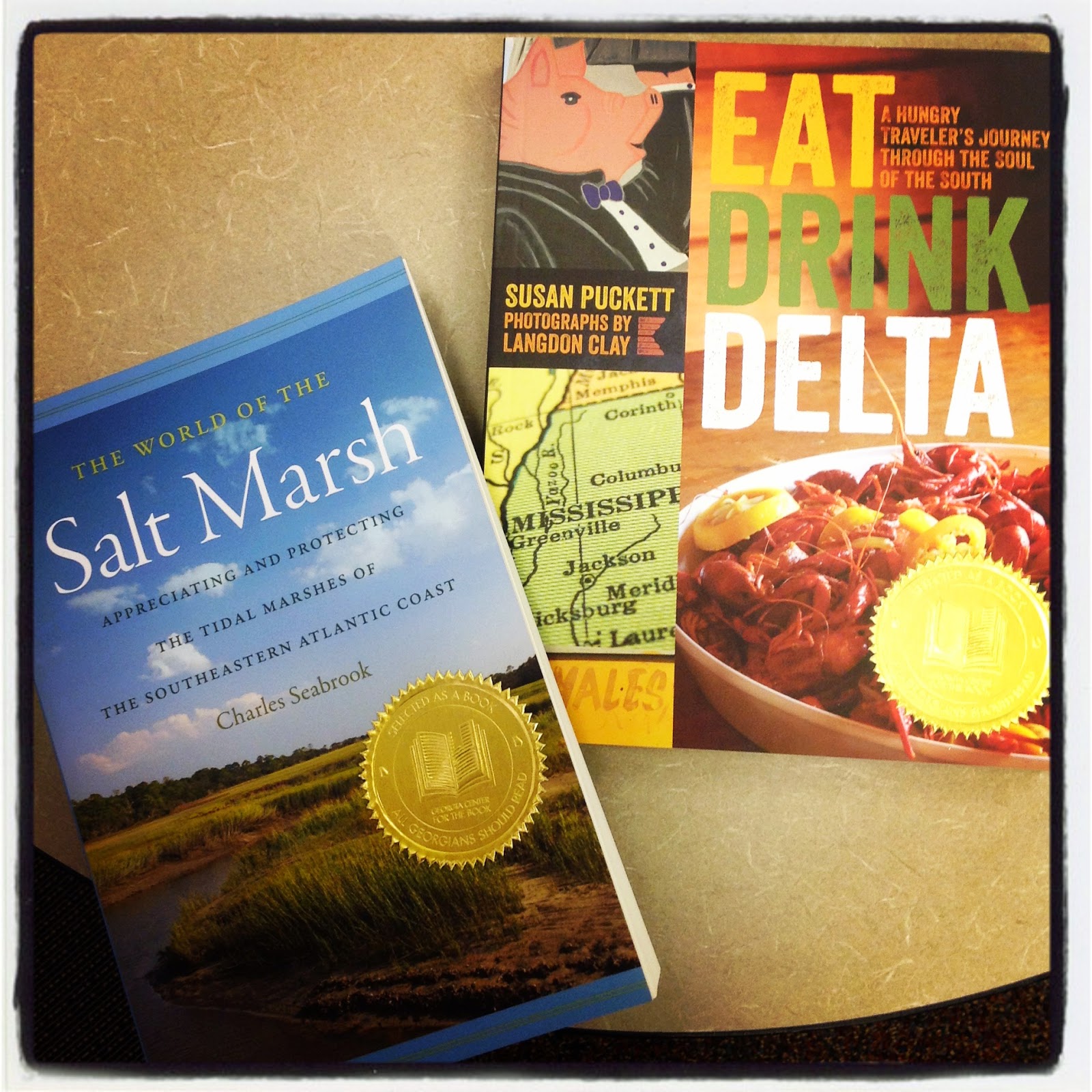 Congratulations to Susan Puckett and Charles Seabrook! Their books (EAT DRINK DELTA and THE WORLD OF THE SALT MARSH) made this year's Books All Georgians Should Read list. The Georgia Center for the Book selected the works of 22 prize-winning authors and illustrators with Georgia connections for the 2014 list.The public ceremony was held on Thursday, August 21 at the Decatur Library in Decatur, GA.

Lawrence J. McAndrews' WHAT THEY WISHED FOR has "rich scholarship," and "his treatment of his subject is both consistent and compassionate," according to a recent review in U.S. Catholic magazine.

In explaining the the history of Southern food, the Times Literary Supplement reviews both HOG MEAT AND HOECAKE and THE LARDER to examine the South's reliance on (and obsession with) pork. As stated in HOG MEAT AND HOECAKE, "If the 'king' of the antebellum Southern economy was cotton, then the title of 'queen' must go to the pig."


HOG MEAT AND HOECAKE points to an important historical context . . . reminding us that not everyone has had equal access to the groaning board—the most notable example being the enslaved population, which was forced to hunt, forage and beg in order to augment minimal rations of pork and corn. . . . [THE LARDER] is dedicated to setting the historical record straight and to probing the illusions propagated by Southern food evangelists.

The Biblioracle shares his list of "Books I Really Enjoyed From the First Half of 2014 and What Happened to Me While I Read Them" with the Chicago Tribune. John Griswold's PIRATES YOU DON'T KNOW, AND OTHER ADVENTURES IN THE EXAMINED LIFE makes the cut. Griswold's book also made Entropy's "10 Best Novels of the First Half of 2014" list. "This is an incredibly humanistic and moving collection of essays. It explores so many topics with both a mix of joy and melancholy. John Griswold's compassion, his astute sense of observation, his keen ability to see the depths, shines through in every piece."

Mark your calendars now to stop by the Tattnall County Library in Reidsville, GA now through Aug. 22 for an exhibit featuring the nature photography of James Holland. A Closing Reception will take place on Thursday, Aug. 21 from 6-7 p.m., with a slideshow for kids of all ages at 4 p.m., called “The Wonders of Wetlands.” 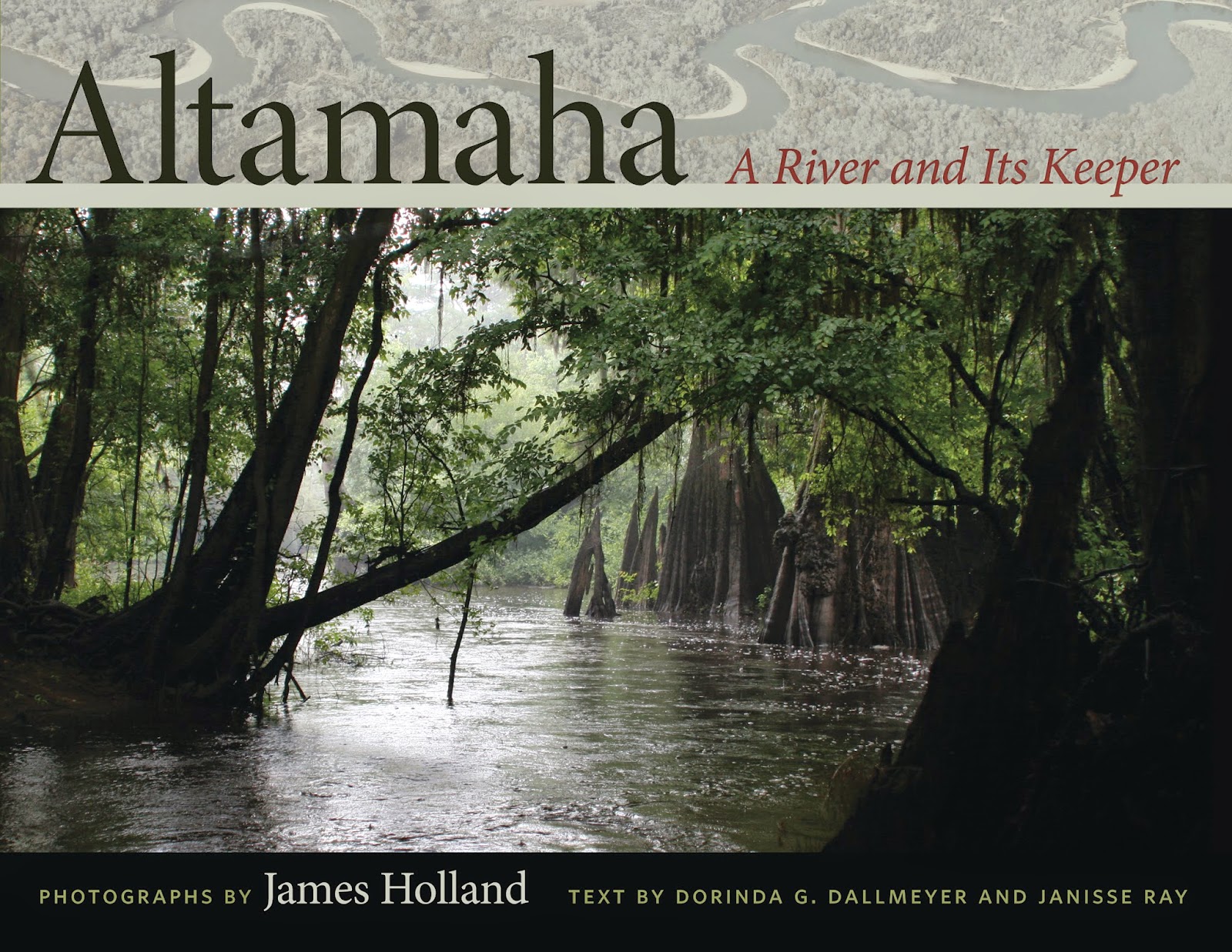 If you are interested in nature photography, art, wildlife, or the river, you will be interested in seeing this exhibit and in hearing James Holland speak. Few people know the Altamaha River better than James Holland. In 2012 a collection of his photos was published by UGA Press in a book called Altamaha. More than 230 color photographs capture the area’s majestic landscapes and stunning natural diversity, including a generous selection of some the 234 species of rare plants and animals in the region. Local author Janisse Ray, who wrote the essay about Holland in the book, will introduce Holland at the reception. The show was produced by Dorinda Dallmeyer of UGA and co-author of the book and was first shown at the UGA College of Environment and Design’s Circle Gallery in Athens. Refreshments will be served and all are invited to attend. These events are sponsored by the Friends of the Library. Don’t miss hearing this author and photographer. For more information, call the Friends at 912-557-1053 or the Tattnall County Library at 912-557-6247.

The Chronicle of Higher Education explores the ongoing discussion of footnotes in scholarly work. Some authors and publishers are currently directing readers online for citations, rather than including them in the printed work. In the article, our editor-in-chief, Mick Gusinde-Duffy, offers some insight from the university press perspective: “We’re all discussing the invisible bridge between the arguments made in Perlstein’s book [The Invisible Bridge] and the citations living elsewhere online."
Posted by UGA Press at 8/19/2014 12:55:00 PM

Email ThisBlogThis!Share to TwitterShare to FacebookShare to Pinterest
Labels: Awards, Events, In the News, Reviews

Be sure to mark your calendars for this year's Decatur Book Festival! The festival will be held August 29-31 in Decatur, GA. At the UGA Press booth (#501, 503, 505), we will have a couple of signings and giveaway opportunities. We also have several authors who will be speaking at the festival. We hope to see you there! 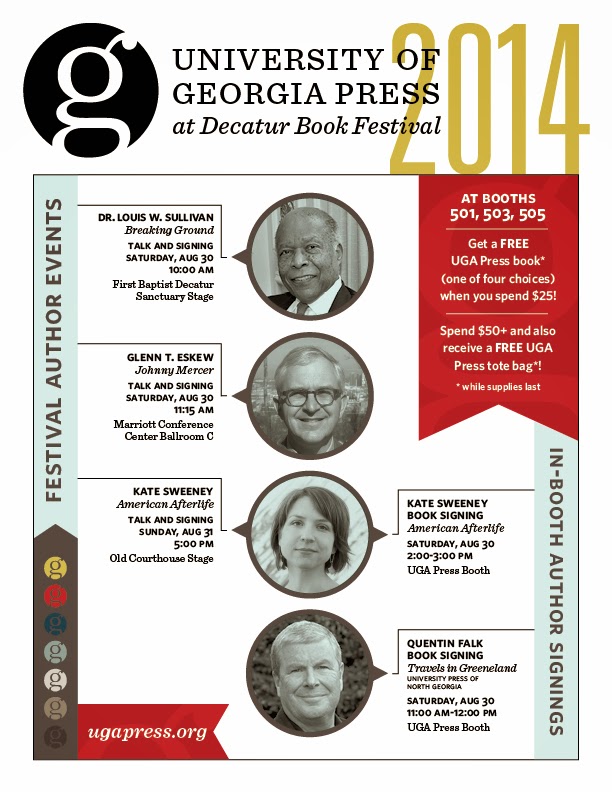 The four titles that will be available:

CORNBREAD NATION 7 tackles "this great complicated subject of Southern food, Southern food history and chefs, the habits and humor and rules that go in and around and behind our food," according to a recent review in Garden & Gun. It is "described and analyzed and eulogized by some of the South's finest writers."

Voice of Vashon interviews Julian Hoffman about his book, THE SMALL HEART OF THINGS. Listen to the interview here. Also, be sure to pickup one of the remaining cloth copies of the book before they are gone. We will be releasing the paperback edition later this fall.


What the book does best is encourage us to seek out Capote’s work in any form. Capote’s artistic talent, and not his sexuality, is of utmost importance. There are moments of heartbreaking beauty in quotes like “I knew damn well I’d never be a movie star. It’s too hard and if you’re intelligent, it’s too embarrassing,” uttered by Holly Golightly, which could also have been about Capote himself, who knew he didn’t have the right looks to be a star, even though he adored the movies.


Sommers has produced an important book that deals with an issue pertaining to many processes of postwar reconstruction and development in sub-Saharan Africa and beyond. His careful analysis underscores the importance of addressing the challenges and needs of youth in postwar contexts for achieving stability and sustainable development.

John Inscoe will be discussing his book, THE CIVIL WAR IN GEORGIA, at the Gwinnett County Public Library on September 15 as part of "Civil War 150." The event will begin at 6:30pm. More information is available here. Signed copies of the book will be available for purchase at the event.
Posted by UGA Press at 8/08/2014 12:27:00 PM