The Virginia Quarterly Review and the University of Georgia Press are pleased to announce that one of the inaugural selections of the VQR Poetry series, HARDSCRABBLE by Kevin McFadden, has been awarded the 2008 Fellowship of Southern Writers' New Writing Award for Poetry.

The award, which recognizes work by emerging poets living in and writing on the South, will be presented April 2-4, 2009 at the Arts & Education Council Conference on Southern Literature in Chattanooga, Tennessee.

"I've known the Fellowship through its distinguished roll call of authors," says McFadden, who is originally from Cleveland, Ohio. "Robert Penn Warren was one of my earliest influences in deciding to move to the South." 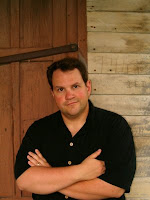 McFadden received the news from George Garrett, a founding member of the Fellowship, just before the acclaimed Southern novelist, essayist, and poet died in May. "All the reasons to be honored by this award reside in the generosity and warmth of a spirit like George's, a spirit he helped kindle the Fellowship with."

The Fellowship of Southern Writers was created in 1989 to nurture literature in the American South. Among its founding members were Eudora Welty, Cleanth Brooks, Robert Penn Warren, Shelby Foote, John Hope Franklin, Walker Percy, Ernest Gaines, William Styron, and Elizabeth Spencer. Its archives are housed in Chattanooga, Tennessee, where it meets during the Conference on Southern Literature.

In the news:
David Glenn, a senior reporter at the Chronicle of Higher Education, covers FROM SUPERPOWER TO BESIEGED GLOBAL POWER in a June 13 (subscription-only) piece about new foreign policy books on topics that deserve more serious treatment in the 2008 presidential race. Glenn begins his coverage of the book by noting that "one scholar who sees serious differences within the Democratic Party is [the book's coeditor] Edward A. Kolodziej, a political scientist who directs the Center for Global Studies at the University of Illinois at Urbana-Champaign. Kolodziej argues that both Bush-style neoconservatives and Clintonesque liberal internationalists hold vastly exaggerated senses of America's ability to shape the world. Our overwhelming military dominance, Kolodziej says, does not mean that we can snap our fingers and persuade allies and adversaries to do as we please."

Reviews:
WALKING THE WRACK LINE by NPR's Alan Cheuse, in his roundup of "Summer Books to Feed Your Literary Addiction."

A NATURAL SENSE OF WONDER in the Princeton Packet.

CORNBREAD NATION 4 in the Tampa Tribune.

Awards:
Kyle Dargan's BOUQUET OF HUNGERS is a finalist for the Hurston/Wright Legacy Award in Poetry.

A NATURAL SENSE OF WONDER was named one of 10 best books for teachers in Scholastic magazine's summer reading roundup. Scholastic also ran an excerpt of the book in their Parent & Child magazine.

We get blogged:
Mention of WINNERS HAVE YET TO BE ANNOUNCED in Conversational Reading.

Citation of ANIMALS AND WHY THEY MATTER in Doing Ethics.

Mention of the Flannery O'Connor Award short fiction series in Emerging Writers Network.
Posted by ddesjard@ugapress.uga.edu at 6/12/2008 09:04:00 AM