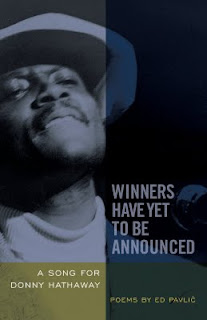 BlackPoet Ventures begins auditions this week for actors and musicians to play R&B musician Donny Hathaway, his nemesis Mr. Soul, his muse The Angel, his wife, and an array of musicians and fans in a theater adaptation of Ed Pavlic's WINNERS HAVE YET TO BE ANNOUNCED. Pavlic's book explores the rich musical life and tragic death of Donny Hathaway in a series of intense prose poems written as if spoken from points of view that shift from Hathaway himself to others who knew him more and less intimately. In Leah Marche's dramatized version, the imagined conversations of Pavlic's poems will come to life in a mix of on-stage spoken word, live music and movement.

Winners Have Yet to Be Announced will be the fall production in the Biorhythmic Series for BlackPoet Ventures, an organization founded in 2005 to make performance poetry more interesting and fresh by going beyond slam and open mic nights into new theatrical territory. The play opens October 15 in Phoenix.
Posted by ddesjard@ugapress.uga.edu at 8/24/2009 12:20:00 PM

WEEDS OF THE SOUTH in the AJC

The 75th anniversary issue of the Journal of Southern History includes reviews of ATLANTIC LOYALTIES; MOTORING; RACE, REASON, AND MASSIVE RESISTANCE; and A WEB OF WORDS. In addition, the press features in many of the issue’s subdiscipline survey articles, particularly “A More Southern Environmental History.”

An excerpt from RISING CHINA AND ITS POSTMODERN FATE appeared on the Chinese news site Danwei: Chinese Media, Advertising, and Urban Life

BAMBOO FLY ROD SUITE by Frank Soos receives an enthusiastic appreciation from Dr. Todd Larson, a history professor with a focus on the history of fishing

Michael Martone’s RACING IN PLACE was selected as a finalist for the 2009 Best Book of Indiana in the historical/biographical nonfiction category. Winners will be announced August 29 in a ceremony at the Indiana State Library in Indianapolis.
Posted by ddesjard@ugapress.uga.edu at 8/20/2009 01:56:00 PM

Don't miss the opportunity to purchase slightly damaged books from UGA Press at deeply discounted prices, most under $5.

UGA Press author Craig Lloyd, author of the biography EUGENE BULLARD, BLACK EXPATRIATE IN JAZZ-AGE PARIS is featured in a new PBS documentary, Harlem in Montmartre, directed by Dante James and inspired by a book of the same title by William A. Shack. Harlem in Montmartre, part of the Great Performances series, will air Wednesday, August 26th at 8 pm in most markets. 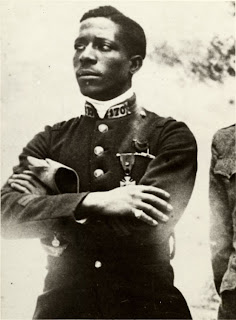 Lloyd speaks in the film about Bullard, who was the first African American fighter pilot; like many African Americans, he stayed on in Europe after WWI rather than return to the harsh realities of segregation and racism in America. In Paris, the Georgia native was a professional boxer, musician and club manager, and at one point operated out of his club as a French spy against Germany. Harlem in Montmartre highlights Bullard’s role as an entrepreneur and facilitator for fellow African-Americans in Paris. The documentary focuses on music and performance, and even found a bit of footage of Bullard playing drums that Lloyd didn’t know existed.

In addition to Bullard, the documentary captures the music and lives of figures such as James Reese Europe, Josephine Baker, Sidney Bechet, Bricktop, and Django Reinhardt. According to producer Margaret Smilow, Harlem in Montmartre “explores a fascinating, yet often neglected, era in African-American cultural history. It is a colorful, musical, poignant look at the contributions of a select group of black Americans, without whom the collective voice of jazz music around the world would sound entirely different.”
Posted by ddesjard@ugapress.uga.edu at 8/18/2009 04:27:00 PM 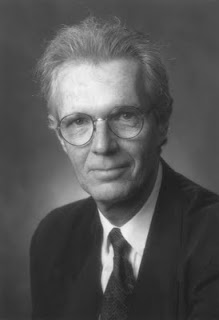 Jack Temple Kirby, one of the foremost historians of the American South and a great friend to the University of Georgia Press, has died at age seventy. At his death Kirby was the W.E. Smith Professor Emeritus of History at Miami University and president of the Southern Historical Association.

Kirby’s seven books include three published by UGA: MEDIA-MADE DIXIE; THE COUNTERCULTURAL SOUTH; and NATURE'S MANAGEMENT, a selection of Edward Ruffin’s writing on landscape from the nineteenth century which Kirby edited. A leading historian of the southern environment, Kirby served on the editorial board for Georgia’s series Environmental History and the American South, edited by Paul Sutter.

The University of Georgia Press joins the historical community in mourning Kirby’s death. His obituary in the St. Augustine Record is available here.
Posted by ddesjard@ugapress.uga.edu at 8/11/2009 10:51:00 AM 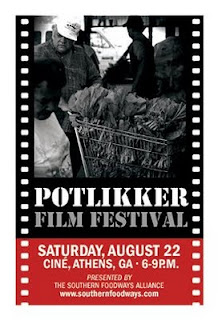 The festival celebrates food documentaries as well as local food culture; participants receive a shot of potlikker with cornbread as they walk in the door. Previous venues have included Atlanta, Houston, D.C., and Birmingham. While this year’s festival films have not yet been announced, the films screened at last year’s festival, in Oxford, Mississippi, investigated the longitudinal arc of food: one followed the contents of Las Vegas buffet tables from source through disposal (scraps eaten by 6000 pigs); another documented the path from harvest to table of a single acre of corn. A list of SFA documentaries to date conveys a feel for the genre.

The SFA’s oral history project, intended to further their mission of “documenting and celebrating the diverse food cultures of the American South,” includes interviews with two Athens “guardians of the tradition”: Dexter Weaver of Weaver D’s and Angelish Wilson of Wilson’s Soul Food. Both these local food personalities will provide food for Potlikker: Athens, along with Hugh Acheson of the Five & Ten, Peter Dale of The National, and others. Beverages will be provided by Terrapin Beer, and Coleman Barks will play the harmonica.

Tickets, which include food, drink, and entertainment, are available online from the Southern Foodways Alliance.
Posted by ddesjard@ugapress.uga.edu at 8/10/2009 12:28:00 PM 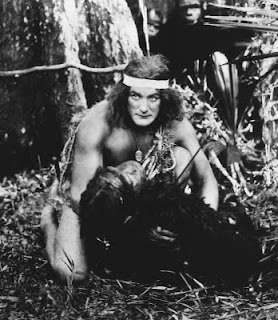 Today’s New York Times features an article by Michael Kimmelman on the “wildly popular” Tarzan exhibit at the Musée du Quai Branly in Paris, which attempts to capture the many facets of Tarzan.

Kimmelman is not entirely satisfied with the museum’s investigation of the strange amalgam of philosophy, environmentalism, myth and sex that is Tarzan; nor was Esther Bintliff, who reviewed the show for the Financial Times last month and applauded Alex Vernon’s ON TARZAN for its willingness to “interrogate the disturbing context of these images.”
Posted by ddesjard@ugapress.uga.edu at 8/06/2009 02:41:00 PM

Inside Higher Ed and ACADEMIC LIVES

In Inside Higher Ed today, an interview with Cynthia Franklin about the questions that led her to write her new book ACADEMIC LIVES; reporter Scott Jaschik also queries her on what will happen in the future with respect to academics and the genre of memoir.

Franklin explains in detail the book’s roots in the large number of academic memoirs published in the late 1990s, including memoirs Franklin praises as beautiful or illuminating such as Edward Said’s Out of Place (1996) and Michael Berube’s Life As We Know It (1996); her chapters, which are organized in terms of disciplines such as postcolonial and feminist studies, cover many other academic memoirs from this period which she holds up to sharper critique.

The noticeable trend encouraged Franklin to hold these books up to further scrutiny: what is the relationship of a memoir to other non-autobiographical works by an academic, and what can a memoir contribute to a theoretical discipline where identity is an important topic of discussion? While Franklin finds that the possibility for memoir to contribute to a discipline such as whiteness studies is compromised by many factors, she is more sanguine in the area of disability studies: “Engaging a disability — whether one's own or a loved one's — often brings the author up against the limitations of intelligence as it is conventionally defined. This means that the academic is often not capitalizing upon, but exploring the limits of, her or his academic celebrity, and also grappling in often-uncharted ways with the value structure that underwrites the academy.”

The interview also explores what has happened in the genre of academic memoir since the 1990s, a time Franklin considers the apex of the “academic star system.” She points out the rising permeability between public and private spheres, mentioning the way Michael Berube’s blog functions in many ways as an extension of his published memoirs. At the same time, she calls attention to the Ward Churchill controversy and his loss of his academic position as a sign of greater risks for academics in expressing views counter to the dominant political current.
Posted by ddesjard@ugapress.uga.edu at 8/06/2009 12:42:00 PM

Coleman Barks on Cover to Cover 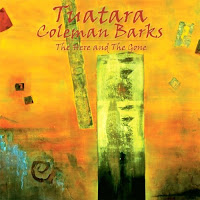 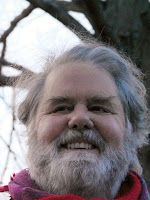 Georgia Public Broadcasting’s Cover to Cover show this week will feature an extended interview with poet and Rumi translator Coleman Barks, whose collection of new and selected poems, WINTER SKY, was recently published by the University of Georgia Press.

The radio show will include music from recent CD release THE HERE AND THE GONE (Fast Horse Recordings), a collaboration between Barks and the band Tuatara.

The show will air this Sunday, August 9. On WUGA, the show airs at 6 pm, but schedules for other stations may differ. A podcast of the show will be available online after it airs.
Posted by ddesjard@ugapress.uga.edu at 8/04/2009 03:32:00 PM