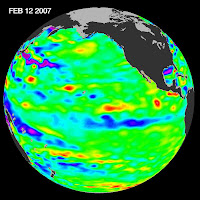 Earth Day celebrates our environmental citizenship. By paying closer attention to human impacts on the environment, we can make positive changes in the way we interact with the world around us. The University of Georgia Press publishes books about the natural environments of the South, including highly regarde

d books for outdoor enthusiasts that promote conservation through education and responsible exploration.

By Earth Day, some 58 species of dragonflies and 36 species of damselflies will be in flight throughout Georgia and beyond. DRAGONFLIES AND DAMSELFLIES OF GEORGIA AND THE SOUTHEAST by Giff Beaton is a comprehensive guide to the region’s odonates.

Anyone who has seen these shimmering aerobatic daredevils that dart above the water can understand why many birders have taken to watching and identifying dragonflies and their generally smaller cousins, damselflies. Beaton’s stunning photographs detail more than 150 species found in the state. The survival of some of these species is threatened: cumulative land development has impacted the odonates’ aquatic habitats, clogging them with pollution and silt

. Some odonate breeding and feeding areas have been eliminated altogether, which is even more detrimental to species with limited habitats. The book details how to observe these creatures without harming them or their environment, including the proper way to hold their wings. Beaton provides a list and map of good public sites in Georgia for watching odonates.

Most of the plants in Hugh and Carol Nourse’s FAVORITE WILDFLOWER WALKS IN GEORGIA will be in their peak flowering season from April to May. With th

is guide in hand, Earth Day should be a colorful time to explore fields and meadows. Valuable for the novice, the book also contains information of interest to more experienced wildflower enthusiasts. The book features walks in all five regions of Georgia on public land with fairly unrestricted access. Trail maps are accompanied by detailed desc

riptions of the walks in all seasons and by scenic photographs of the trails and the flowers found along them. The Nourses tell how we can respectfully enjoy wildflower habitats with minimal impact.

FIELD GUIDE TO THE RARE PLANTS OF GEORGIA by Linda G. Chafin recognizes that plant diversi

ty is essential to earth’s biodiversity and stresses management and protection of rare species. The guide contains photographs by Hugh and Carol Nourse and information to facilitate quick recognition of rare and endangered Georgia plants. With its tough flexibind format, the guide is an ideal companion on hikes. Spend some time on Earth Day broadening your awareness of these plants' distribution and ecological significance. That’s a good first step toward helping to ensure their survival.

Dorinda G. Dallmeyer’s ELEMENTAL SOUTH is an anthology of southern nature writing that acknowledges humanity’s ties to the earth. Dallmeyer is a moving force behind the Southern Nature Project, which brings writers together to showcase their distinctive voices and common concerns about human interaction with the environment. 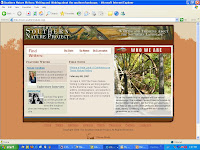 Giff Beaton, Hugh and Carol Nourse, and Linda G. Chafin are reading and signing copies of their books on Sunday, July 22, 2007, 2-4 p.m., at the State Botanical Garden of Georgia.

Right (from top to bottom):
Giff Beaton in the field, photo by Dennis Paulson
Cover of Favorite Wildflower Walks in Georgia
Fringed Gentian, photo by Hugh Nourse, from Field Guide to the Rare Plants of Georgia
Cover of Elemental South

Research and writing by Sarah Sapinski

Lots of good things happening here at the Press, so this is a not-very-short Short Takes

Don’t forget
. . . to sign up for our email news list.
. . . that our white sale is ongoing through August.


Recent interviews:
Paisley Rekdal, author of A CRASH OF RHINOS in Yellowworld.

Slurve, a new online magazine that is - and isn’t - about baseball, has interviewed David Kirby, author of ULTRA-TALK, for their first issue. Kirby has belted a double (apologies to Slurve) because Poetry Daily also recently featured an excerpt from ULTRA-TALK.


Recent awards:
Hugh Ruppersburg, coeditor of THE NEW GEORGIA ENCYCLOPEDIA COMPANION TO GEORGIA LITERATURE, and Philip Lee Williams, author of THE HEART OF A DISTANT FOREST, have been named winners of the annual Governor's Awards in the Humanities. These awards, which are sponsored by the the Georgia Humanities Council, go to individuals and organizations who build community, character, and citizenship in Georgia through public humanities education. Congratulations to the Georgia Review: it is also a winner of a Governor's Award in the Humanities - as well as a finalist in the Nationalist Magazine Awards.


Recent reviews:
THE IMAGINARY LIVES OF MECHANICAL MEN in the Independent Weekly, which covers the Raleigh-Durham-Chapel Hill area of North Carolina.

DRAGONFLIES AND DAMSELFLIES OF GEORGIA AND THE SOUTHEAST in Argia, the journal of the Dragonfly Society of the Americas: "The newest submission to the flurry of dragonfly and damselfly field guides appearing in North America is Giff Beaton's DRAGONFLIES AND DAMSELFLIES OF GEORGIA AND THE SOUTHEAST. It covers more than 150 species found in Georgia in wonderful detail with over 400 color photographs. The book is well laid out and aesthetically pleasing. I applaud Giff for including damselflies in his guide. This is one of the few guides covering a relatively large fauna that includes both damselflies and dragonflies. The photographs are excellent and reproduced at a size that will really make them useful to the reader."

ROMANCING THE VOTE in the Feminist Review.

The film Amazing Grace is bringing new attention to EQUANIO, THE AFRICAN. Author Vince Carretta has participated in some of the major events of the 2007 bicentennial commemoration of Britain’s abolition of the slave trade. The book is one of three titles officially recommended by the Mayor of London’s office as part of the bicentennial commemoration. Diverse: Issues In Higher Education acknowledges the debt of Amazing Grace to the work of Olaudah Equiano and the new information about his birthplace uncovered by Carretta.

GEORGIA QUILTS in the Gainesville Times and the Savannah Morning News.

Black Issues Book Review recently reviewed SHORT STORIES OF THE CIVIL RIGHTS MOVEMENT, saying that it "comes at a time when public awareness of life in the segregated South and of trials of the Civil Rights Era seem to be fading. With this anthology, [editor Margaret Earley] Whitt hopes to raise that awareness again, by introducing readers to one of the most intense periods of American history." By the way, the current issue of Black Issues Book Review includes an interview conducted by Dawn Lundy Martin. Her poetry collection, A GATHERING OF MATTER / A MATTER OF GATHERING, won the Caven Canem Poetry Prize. We will publish it in October 2007.

AN ORNAMENT TO THE CITY was reviewed by Don Noble on Alabama Public Radio.

We get blogged:
A combination review and think piece, featuring VOICES FROM THE MOUNTAINS, in Hillbilly Savants.

Recommendation of ANIMALS AND WHY THEY MATTER, as part of a reading list on animal ethics, in Fauxlosophy, A Phlog.

Recommendation of SLAVERY IN AMERICA, as part of a reading list on slave resistance, in Resistance Studies.

Hundreds of Title at a Huge Discount!

There's something for everyone at our white sale—whether your thing is civil rights or the Civil War, Erskine Caldwell or Jimmy Carter, fine arts or folklife, law or literature.

Save 75% on hundreds of our books, from now until the end of August.