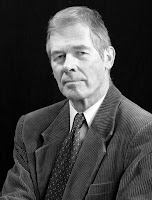 James Peacock has won the 2008 James Mooney Award for GROUNDED GLOBALISM: HOW THE U.S. SOUTH EMBRACES THE WORLD. The award is given annually by the Southern Anthropological Society to recognize distinguished anthropological scholarship on the South and southerners. Peacock will be given the award at a ceremony during the SAS meeting in Wilmington, NC, on Saturday, March 14.

GROUNDED GLOBALISM is a paradigm-shifting study of globalism's impact on a region legendarily resistant to change. The U.S. South, long defined in terms of its differences with the U.S. North, is moving out of this national and oppositional frame of reference into one that is more international and integrative. Likewise, as the South goes global, people are emigrating there from countries like India, Mexico, and Vietnam--and becoming southerners. Much has been made of the demographic and economic aspects of this shift. Until now, though, no one has systematically shown what globalism means to the southern sense of self. Peacock looks at the South of both the present and the past to develop the idea of "grounded globalism," in which global forces and local cultures rooted in history, tradition, and place reverberate agai

nst each other in mutually sustaining and energizing ways.