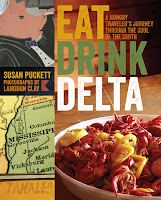 The ETOWAH RIVER USER'S GUIDE is the first in a new series of guidebooks to be published in partnership with the Georgia River Network. The book will be printed on waterproof paper so that it is ready to go from the car seat to the canoe seat. The Rome News-Tribune has an announcement about this forthcoming book.

In a podcast for the Journal of Southern Religion, Art Remillard discusses FLASHES OF A SOUTHERN SPIRIT with author Charles Reagan Wilson and two other panelists. Listen to the podcast here.

Publishers Weekly reviews Jane Gerhard's forthcoming THE DINNER PARTY. "This thoughtful history and analysis of Judy Chicago's 1979 'feminist blockbuster,' The Dinner Party, its provocative relations with the art world, feminism, and popular culture, and eventual transformation from 'controversy to canonization,' gives second-wave feminists an opportunity to relive their turbulent roots while educating younger women—especially artists—about the struggle for rights and respect they take for granted."

Flavorwire names Melinda Moustakis as one of the "10 Best Millennial Authors You Probably Haven't Read (Yet)." "Alaskan native Melinda Moustakis’s first collection of short stories, BEAR DOWN, BEAR NORTH, won the Flannery O’Connor Award and the Maurice Prize and was shortlisted for the William Saroyan International Prize for Writing. And no wonder — toughing it out in the wilderness has never sounded so beautiful."

Congratulations to Kathryn Newfont! Her book, BLUE RIDGE COMMONS, is the recipient of the 2012 Weatherford Award in Non-Fiction. Berea College and the Appalachian Studies Association annually present the Weatherford Award to the authors of one nonfiction work, one fiction work, and one work of poetry, which in its year best illuminates the challenges, personalities, and unique qualities of the Appalachian South. The conferring of this annual award in each of the three categories has come to be recognized as a major Appalachian event. 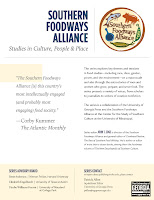 Announcing the new series, Southern Foodways Alliance: Studies in Culture, People, and Place! The series is a collaboration of the University of Georgia Press and the Southern Foodways Alliance at the Center for the Study of Southern Culture at the University of Mississippi. Series editor John T. Edge shares the mission of the series in a new SFA blog post.