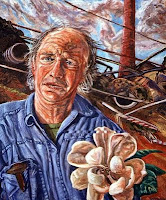 Folklorist, artist, and musician Art Rosenbaum has won a 2009 Grammy Award in the Historical Album category for Art of Field Recording Volume I: Fifty Years of Traditional American Music Documented by Art Rosenbaum.

Rosenbaum is the author of SHOUT BECAUSE YOU'RE FREE, a study of the ring shout, the oldest known African American performance 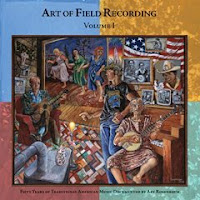 tradition surviving on the North American continent. The book includes photographs by Margo Newmark Rosenbaum, whose work can also be found in the book included in the Art of Field Recording box-set.

Rosenbaum's devotion to traditional American music is well known among many musicians and his fellow folklorists. Thanks to the Grammy for 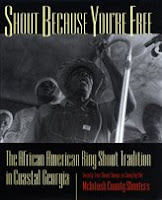 Art of Field Recording and a 2008 feature in the New Yorker, Rosenbaum is getting his due from a much wider audience of both readers and listeners. Rosenbaum, a prolific visual artist, is also in demand as a muralist.