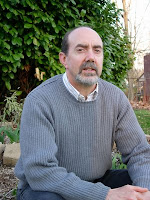 Vincent Carretta has received a Guggenheim Fellowship to help fund his research for a biography of the pioneering African American poet Phillis Wheatley, which the Press will publish. He has also recently been awarded a one-month American Society for Eighteenth-Century Studies Fellowship at the Library Company of Philadelphia, which he plans to take in the fall to search for evidence of Benjamin Rush's familiarity with Wheatley and her writings.

Carretta, who is a Professor of English at the University of Maryland, began his career studying transatlantic verbal and visual literary and political satire. His early books include "THE SNARLING MUSE": VERBAL AND VISUAL SATIRE FROM POPE TO CHURCHILL and GEORGE III AND THE SATIRISTS FROM HOGARTH TO BYRON.

More recently Carretta has focused on the literature, history, and culture of eighteenth- and early-nineteenth-century Anglophone authors, particularly those of African descent. Carretta has edited an impressive array of authoritative editions of these author's writings that includes:
- OLAUDAH EQUIANO, THE INTERESTING NARRATIVE AND OTHER WRITINGS
- LETTERS OF THE LATE IGNATIUS SANCHO, AN AFRICAN
- QUOBNA OTTOBAH CUGOANO, THOUGHTS AND SENTIMENTS ON THE EVIL OF SLAVERY AND OTHER WRITINGS
- PHILLIS WHEATLEY, COMPLETE WRITINGS
- UNCHAINED VOICES: AN ANTHOLOGY OF BLACK AUTHORS IN THE ENGLISH-SPEAKING WORLD OF THE EIGHTEENTH CENTURY

His most recent book is EQUIANO, THE AFRICAN: BIOGRAPHY OF A SELF-MADE MAN which provides a portrait of the man who wrote one of the most widely-read and earliest slave narratives to include an account of the Middle Passage from Africa to the Americas. In the course of researching the book Carretta made the significant and surprising discovery that Equiano was most likely not born free in Africa as he claims in his narrative, but rather that he may have been born a slave in South Carolina. The book was widely praised by critics and scholars, and it won the American Society for Eighteenth Century Studies 2004-06 Annibel Jenkins Prize for Best Biography of the Year. Penguin bought the paperback rights to the book.

In addition to his forthcoming biography of Wheatley, Carretta and Ty M. Reese have co-edited THE LIFE AND LETTERS OF PHILIP QUAQUE, THE FIRST AFRICAN ANGLICAN MISSIONARY, which UGA Press will publish in spring 2010. This is the first edition of the correspondence of Quaque, one of the most prolific writers of African descent in the eighteenth century and the first African ordained as an Anglican priest.