Exhibits open: New Orleans in Chicago and Mobile in Mobile

Two new books launch this Thursday in conjunction with the opening of related exhibits. 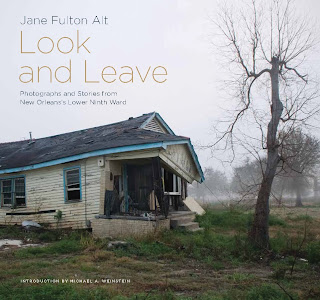 "After the Storm," an exhibit of Jane Fulton Alt's photographs of New Orleans opened Saturday at the Chicago Cultural Center's Michigan Avenue Gallery.

Alt, who as both social worker and photographer accompanied residents of New Orleans's Ninth Ward back to their homes for the first time after Hurricane Katrina, will sign copies of her new book LOOK AND LEAVE just before an opening reception for the exhibit on Thursday, October 8 at 5:30. 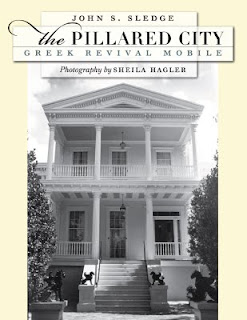 At the same time -- Thursday, October 8 at 5:30 -- the Museum of Mobile will host a launch event for THE PILLARED CITY, a new illustrated book from architectural historian John Sledge and photographer Sheila Hagler.

The event includes a sneak preview of their new exhibit "Pillars of the Community: Mobile's Greek Revival Movement," which opens to the public on Sunday. Proceeds from admission to the book launch will go toward the restoration of Barton Academy, a Greek Revival landmark in Mobile that is covered extensively in the book.

A review in this Saturday's Mobile Press-Register includes additional event details.
Posted by ddesjard@ugapress.uga.edu at 10/05/2009 02:37:00 PM