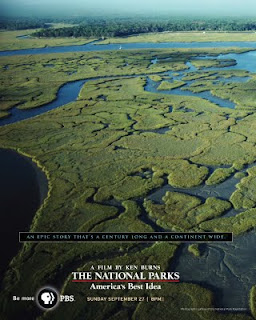 The new Ken Burns documentary series, The National Parks: America's Best Idea, has been airing this week on most PBS stations. Episode 5, "Great Nature (1933-1945)," which airs tonight at 8 pm on Georgia Public Broadcasting and in many other markets, will feature the controversial bill to establish the Everglades as a national park in 1934.

The episode mentions Marjory Stoneman Douglas, who became an important public voice in support of the Everglades in the face of attitudes like those of a respected zoologist of the day, who argued that "a swamp is a swamp." However, the series is particularly drawn to the figure of George Melendez Wright, originally a naturalist at Yosemite who became in 1933 head of the National Parks Service's newly established wildlife division. Wright took a research party over the Everglades in the Goodyear blimp, and the quantity and diversity of wildlife he observed helped convert him to a fervent champion of establishing this unique swamp as a park. 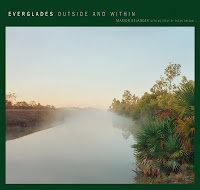 If the episode stirs Everglades fever, take a look at the just-released EVERGLADES: OUTSIDE AND WITHIN by photographer Marion Belanger, or read Jack E. Davis's recent biography of Marjory Stoneman Douglas, AN EVERGLADES PROVIDENCE.

Great backlist titles on the natural history of the Everglades include naturalist Ted Levin's LIQUID LAND and Susan Cerulean's vivid account of a search for swallow-tailed kites, TRACKING DESIRE. Finally, for a true insider account of the wilderness Everglades, before development and drainage, try Rob Storter's charming, illustrated CRACKERS IN THE GLADE.
Posted by ddesjard@ugapress.uga.edu at 10/01/2009 10:31:00 AM