'Tis the Season for Apples

Alongside the latest buzz on Apple’s latest iPhone, another American apple industry has been hitting the newsstand over the last few weeks. Yes, we are talking about industry centered on the healthy fruit found in every supermarket and grocery store across the country. According to The Produce News, covering fresh produce around the globe since 1897, the apple industry in the United States is expected to produce approximately 243.3 million bushels for the 2013 season.

The Produce News says, “[w]ith strong crops returning in Michigan and New York, where apple crops were decimated by frost in 2012, the national crop is expected to exceed 2012 figures by 13 percent.” With production broken down by region, the researchers estimate the East will produce 58.3 million bushels (39% ahead of 2012), the Midwest 35.6 million bushels (up from the five-year average of 22.1 million), and the West 149.4 million bushels. With the abundance this season, visit your local grocery store and pick up some apples to make the following mouth-watering recipes.

Since fall started on September 22, it is a perfect time to make some classic dishes to share with friends and family. The first recipe is from SOUTHERN COOKING by Mrs. S. R. Dull (1863-1964). In the cookbook, Dull explains health benefits that apples contain including an abundance of potassium, sodium salts, and healthy acids. In addition, she says that the juices in fruits, especially apples, help to “purify the blood and are essential to our health.” She shares her recipe for fried apples, which she claims is a great Southern dish as long as it is served with crisp bacon.

Wash and core apples, then cut into quarters or smaller. Into a fry pan put a small quantity of bacon drippings; when hot put in fruit; fry until brown. Drain off the excess grease, keeping the pan hot. Replace over fire, and into the pan put a small quantity of water (three or four tablespoons), over tight. Steam until tender and almost dry. Sprinkle with sugar and serve.


For an apple recipe perfect for a social gathering, check out NATHALIE DUPREE’S COMFORTABLE ENTERTAINING. This full-range cookbook and entertaining guide features twenty-six full menus, from holiday classics to an eye-popping formal dinner party for eight, from soup parties and brunches to more casual meals and salad lunches. One interesting delight from this book is a delectable soup with stilton, caramelized onions, and apples.


Stilton and Apple Soup with Onions 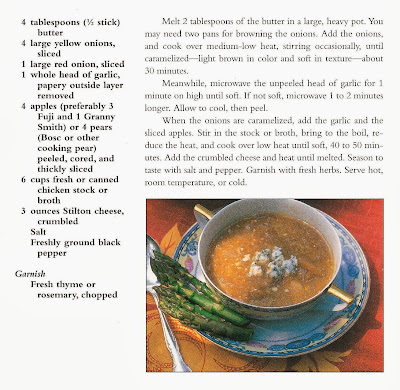 And last but not least, what would fall be without apple-themed cakes? One in particular comes from THE SOUTHERN FOODWAYS ALLIANCE COMMUNITY COOKBOOK. Including more than 170 tested recipes, this cookbook is a true reflection of southern foodways and the people, regardless of residence or birthplace, who claim this food as their own. Traditional and adapted, fancy and unapologetically plain, these recipes are powerful expressions of collective identity. This remains especially true for the apple-centric recipes and dishes, especially apple stack cake. 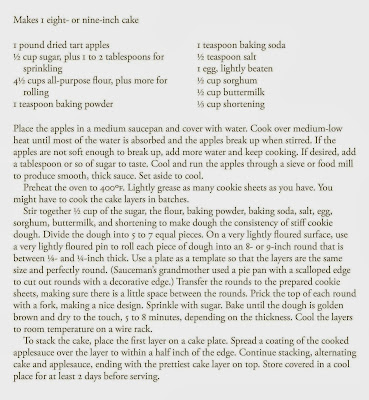 Whether you prefer traditional or more eclectic apple dishes there is sure to be a recipe out there to help you create the perfect one. Need inspiration? Be sure to check out one of the above-mentioned cookbooks for more recipes and ideas.
Posted by UGA Press at 10/02/2013 09:00:00 AM