The Kentucky Derby and OLD LOUISVILLE

The 2014 Kentucky Derby is just around the corner, and, according to the official Kentucky Derby website, this year's event marks the "140th renewal of the The Greatest Two Minutes in Sports." With that, there has been an enormous amount of discussion across the media about the horses, trainers, and jockeys. For the last month, The New York Times has posted a weekly update about the Kentucky Derby contestants: “The Kentucky Derby Dartboard.” They list each horse, breakdown their respective record and odds, and provide input from two Derby experts. With these stats and others like them, dedicated Derby fans are well informed as they place their bets and desperately hope they make the right choice. Time shall soon tell the results as participants and attendees gear up for the race on May 2-3, 2014 in Louisville, Kentucky.

Louisville is certainly home to the Kentucky Derby, but there is much more to the city. For example, the city of Louisville is one of the world's leading producers of bourbon (1/3) and disco balls (90%). Additionally, it is home to over 120 parks, approximately 2,500 restaurants, the nation’s largest urban forest, and Belle of Louisville, the oldest existing operating Mississippi style sternwheeler steamboat. Additionally, Louisville has a famous historical downtown area known as Old Louisville. 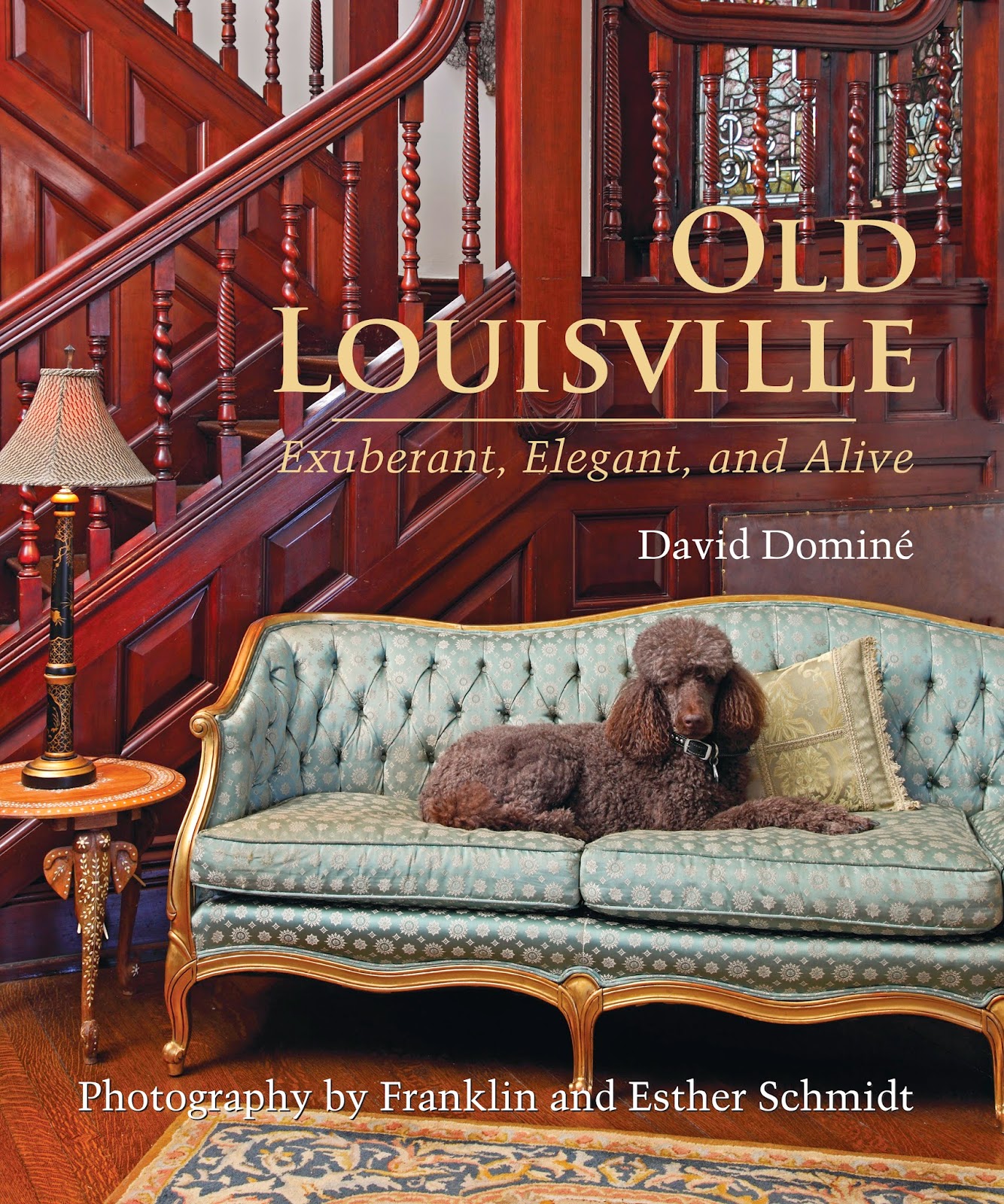 Written by David Dominé and photography by Franklin and Esther Schmidt, OLD LOUISVILLE tells the story of this forty-five-square-block neighborhood in the heart of Kentucky’s largest city. Old Louisville is among the largest and most significant historic preservation districts in America. Comprising some 1,400 structures built primarily between 1885 and 1905, it is a veritable time capsule of late-Victorian and early twentieth-century architecture. The broad avenues and quiet courts of this beautifully embowered space are lined with notable examples of Gothic Revival, Richardsonian Romanesque, Queen Anne, Italianate, Châteauesque, Second Empire, and Beaux Arts dwellings typifying the style and elegance of the Gilded Age.

This book takes an intimate tour of fifty residential designs, from grand mansions to cozy cottages, from familiar house museums and boutique hotel adaptations to private homes of charm and sophistication. Many of these residences have never been opened to the curious eyes of readers who are fascinated with old homes and interior design and intrigued by the skill and imagination necessary to rescue endangered buildings and convert them to the needs and comforts of modern living. Old Louisville is alive today with the busy activities of commerce and creativity. It is abuzz with people heading off to work at an office downtown or to a studio downstairs, while next door or down the block new neighbors are hunkering down to restore an old gem from a bygone era. Street fairs and art festivals roll with the vitality of contemporary life in a historic setting, and the pleasant sounds of Derby party celebrants mingle with the echoes of those now past.

For more information about the Kentucky Derby 2014, click here. Also, check out everything that the city of Louisville has to offer by clicking here.
Posted by UGA Press at 4/24/2014 09:00:00 AM