New Collaboration Formed with the Library Company of Philadelphia

The University of Georgia Press and the Library Company of Philadelphia have formed a partnership to support Race in the Atlantic World, 1700–1900, a series of books focused on racial aspects of transatlantic history.

“We are honored to be partnering with such a prestigious and influential organization as the Library Company of Philadelphia. Working together on the Press’s already well-established Race in the Atlantic World series will only serve to strengthen our shared mission of publishing and disseminating important new scholarship on African and African American history and culture,” says Nicole Mitchell, director of the University of Georgia Press. 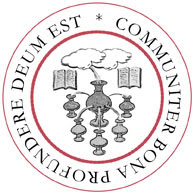 Founded in 1731 by Benjamin Franklin, the Library Company was America’s first successful lending library and is its oldest cultural institution. It is now a repository of rare books and graphics specializing in American history and culture from the seventeenth through the nineteenth centuries. The Library Company’s Program in African American History, directed by Erica Armstrong Dunbar of the University of Delaware, will work directly with the series.

“Disseminating the best scholarship in this important field is one of the goals of our Program in African American History,” says John C. Van Horne, director of the Library Company. “Partnering with the University of Georgia Press and its well-established series is a natural way for us to fulfill that part of our mission.” 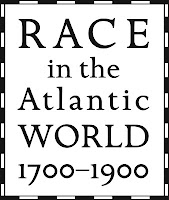 The Race in the Atlantic World, 1700-1900 series was created by the University of Georgia Press in 2006 and is edited by Richard Newman, Patrick Rael, and Manisha Sinha. Nine books have already been published in the series, including work by established authors such as Philip Morgan, Marcus Wood, Afua Cooper, and Vincent Carretta. The series has also featured first books by an international cohort of emerging scholars including Gale Kenny, Jeannette Jones, and Mischa Honeck.

“Race in the Atlantic World has, over the past five years, produced a remarkable body of scholarship about the African Diaspora,” says Derek Krissoff, senior acquisitions editor at the University of Georgia Press. “With the additional resources and expertise made possible through our partnership with the Library Company, I’m confident that the series will accomplish even more exciting things.”

The first book under the new partnership will be Eva Sheppard Wolf’s Almost Free: A Story about Family and Race in Antebellum Virginia, to be published in spring 2012. Douglas Egerton, author of Year of Meteors: Stephen Douglas, Abraham Lincoln, and the Election that Brought on the Civil War, calls the forthcoming book “an elegant and illuminating study that reminds us just how complicated race was in the early national South.” All books in the copublished series will receive a subsidy from the Library Company to help fund publishing and printing costs.