EXIT, CIVILIAN author Idra Novey has a couple of events this month. The first was on January 24 at the Fordham Lincoln Center in New York. She read as part of the Poets Out Loud series. More information is available here. The second event is on January 31 at Florida Atlantic University. From 4:00-5:00pm, she will be giving a public reading and meeting with students working with incarcerated students. The Miami Herald has more information about the event.

The Athens Banner-Herald reviews EAT DRINK DELTA and interviews author Susan Puckett. "Her journalistic style focuses on the personalities and stories behind the restaurants she eats at, and wants you to eat at, instead of the food alone."

Philanthropy magazine describes the philanthropic efforts of Katharine and R. J. Reynolds in Michele Gillespie's new book. "Gillespie ably documents how the Reynoldses' entrepreneurship and philanthropy helped pave the way for North Carolina's (and the South's) resurgence in the 20th century." 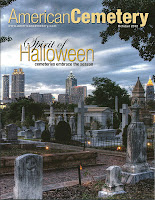 ATLANTA'S OAKLAND CEMETERY has received a lot of attention lately. The Emory Alumni Association has it featured on their website, and the Westminster Schools mentions the book in the latest alumni magazine. One of the photographs by Ren and Helen Davis appeared on the cover of the October issue of American Cemetery.

"Pynchon's work has always attracted superior intellects, and one of the field's best, David Cowart, shares his insights in THOMAS PYNCHON THE DARK PASSAGES OF HISTORY."—American Literary Scholarship
Posted by UGA Press at 1/28/2013 03:28:00 PM