Atlanta Magazine reviews Glenn T. Eskew's JOHNNY MERCER, saying that while it is long and, at times, slightly academic, "nothing detracts from the richness and depth of Mercer's life story."

In a story on the 90th birthday of Booker T. Washington High School, Fox 5 Atlanta interviews several of its graduates, including Dr. Louis W. Sullivan, author of BREAKING GROUND. Watch the video here. (Dr. Sullivan's interview begins at 2:47.) If you look closely, you will see Dr. Sullivan holding a copy of BREAKING GROUND. Here's some trivia: the images featured in the interview also appear in his book.

According to The Rumpus, Cynthia Lowen's THE CLOUD THAT CONTAINED THE LIGHTNING uses a "somewhat fragmented and compelling five-act structure"to "to talk about what happens to any of us when we depart the precincts of our more rational, empathetic consciousness; when we are driven . . ., to have a family, to have love, and still somehow also be responsible for creating something that can end to human life on an apocalyptic scale."

The Women's Review of Books reviews Jane Gerhard's "important, overdue contribution to the history of feminism." THE DINNER PARTY "finds value and meaning in feminist cultural expressions." Judy Chicago's THE DINNER PARTY will be released by Monacelli Press this April and features contributions by Jane Gerhard. More information is available from the publisher's website. 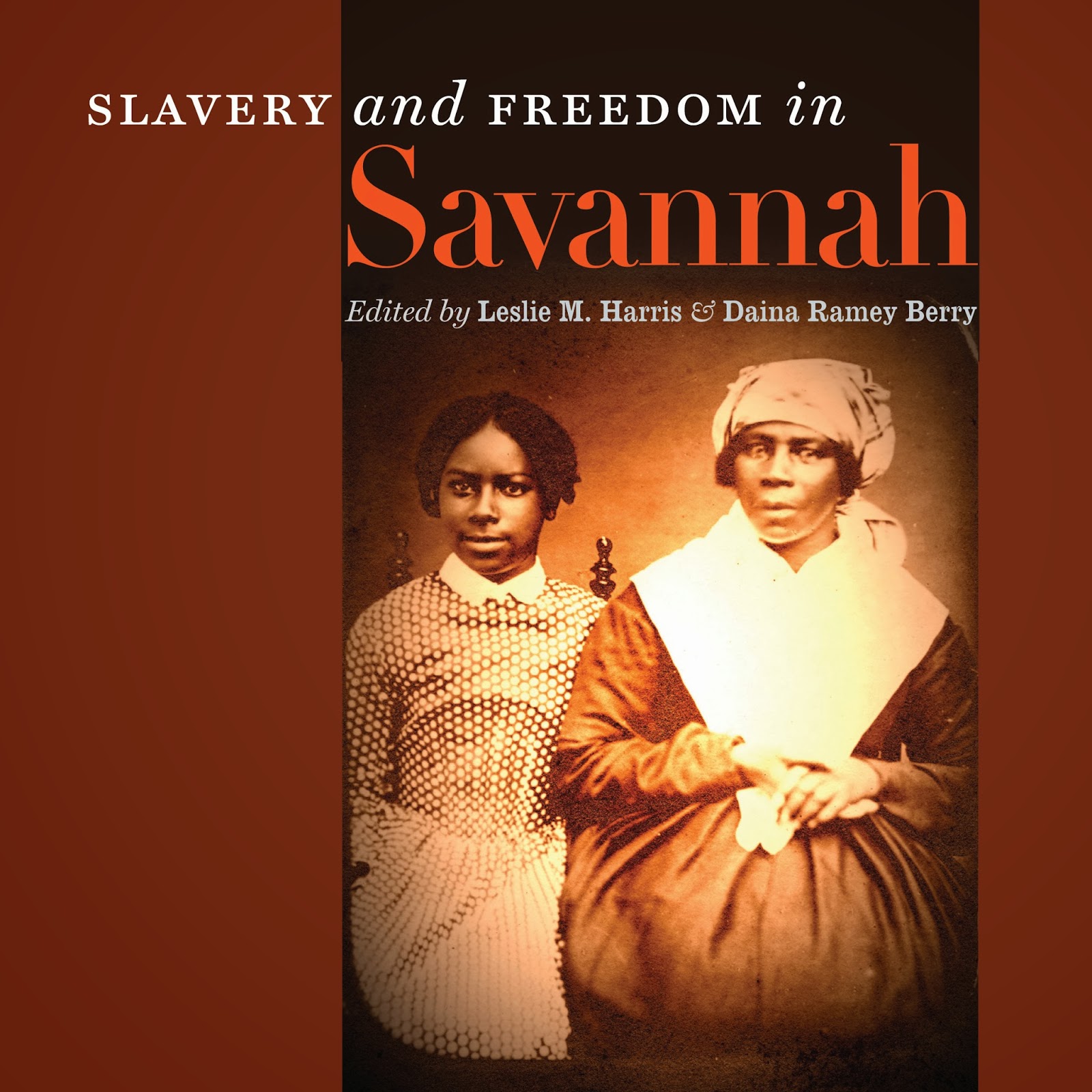 Georgia Public Broadcasting interviewed Leslie M. Harris and Daina Ramey Berry about their new book, SLAVERY AND FREEDOM IN SAVANNAH. An article about the radio piece is available here.

Author Maurice C. Daniels will be speaking about his book, SAVING THE SOUL OF GEORGIA, and famed civil rights attorney Donald L. Hollowell at the Decatur Library on February 24. A Georgia Center for the Book event, the talk will start at 7:15pm and be followed by a book signing.

THE PROBLEM SOUTH by Natalie J. Ring was recently reviewed by Southeastern Geographer saying, "The Problem South is a richly researched book that is of clear relevance to any human geographer studying issues of southern and national identities from the 1800s to the present day.

The AAG Review of Books describes Don Mitchell's THEY SAVED THE CROPS as an "extensively researched tome on the central role of the Bracero Program in changing the landscape of California’s agricultural labor and property relations."

The AAG Review of Books reviews BLACK, WHITE, AND GREEN, saying the book's "insights will be well received in fields including, but not limited to, food studies, critical race studies, urban studies, and cultural geography."

ON THE RIM OF THE CARIBBEAN author Paul M. Pressly will be speaking at the University of Georgia on Thursday, February 20. His talk is part of the Willson Center's Global Georgia Initiative series. The talk will begin at 4:00pm in the Chapel and be followed by a book signing. More information is available here.

Atlanta actress Brenda Bynum will present a “Jordan is So Chilly: An Encounter with Lillian Smith,” a solo performance drawn largely from unpublished autobiographical writings by the author. The event, which is free and open to the public, will be Feb. 22 at 6 p.m. in the auditorium of the University of Georgia Richard B. Russell Building Special Collections Libraries. A reception will follow. For many years, UGA Press kept Lillian Smith's STRANGE FRUIT in print and now we publish MEMORY OF A LARGE CHRISTMAS. 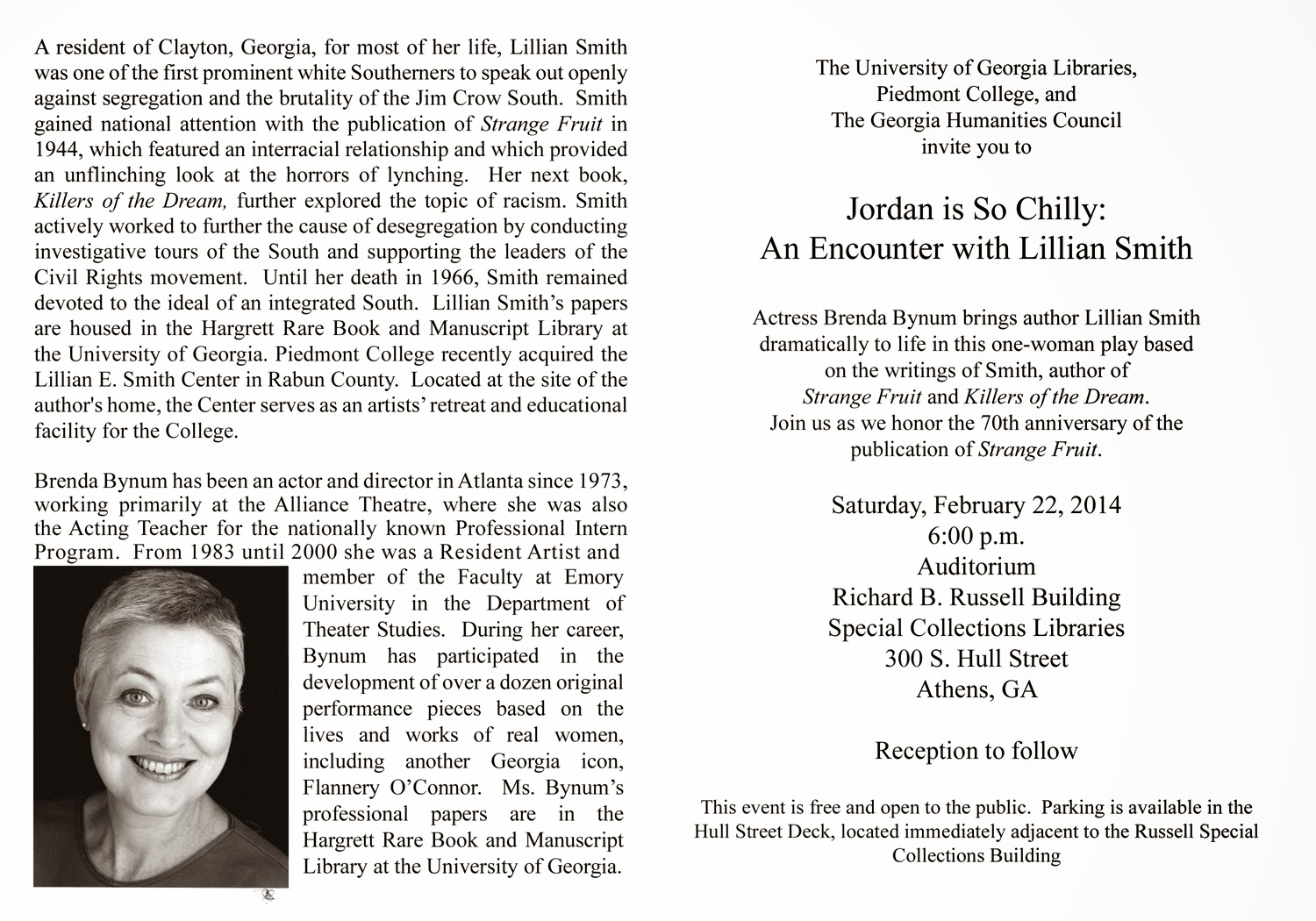